Early mornings — they’re the worst! Most of us make it better by brewing a cup of hot coffee. In fact, 54% of American adults start their day with coffee. Even if you’re not one of them, caffeine may still be a part of your daily routine. A 2014 survey of 37,602 people found that 85% of those ages 2 and up drink some kind of caffeinated beverage every day.

Are you shocked? Outside of the obvious sources (think: coffee, energy drinks), caffeine is found in tea, chocolate and soda. It’s easy to see why it has become a somewhat of a staple in our diet, even if unintentionally. But, all this caffeine can’t be good for us, right? Let’s find out together.

Caffeine is a popular stimulant that acts on your central nervous system to help you stay more alert and get a jolt of energy — at least, that’s the effect most of us desire. Besides perking up your brain, caffeine can affect your entire body by increasing your heart rate, temperature, blood sugar, blood pressure and number of trips taken to the bathroom.

Mind you, this is just caffeine that we’re talking about. In reality, how you consume caffeine also matters and is partly why you keep hearing mixed messages about how it can help or hurt you. Much of the research around the perks of caffeine revolve around coffee and tea, drinks that contain caffeine in a moderate amount. Energy drinks and shots (think: Red Bull, Monster, Rockstar) are a different story. Ounce for ounce, they can pack in more caffeine than other caffeinated beverages:

The Pros and Cons of Caffeine

Sipping on a caffeinated beverage does have its upsides. We’ll take a look at the five common claims and examine the pros and cons.

PRO: Caffeine makes you feel more alert by blocking adenosine receptors in your brain. It makes you more awake even if you didn’t sleep so well the night before. Being able to delay sleepiness is a definite perk, especially when trying to squeeze more productivity out of the day.

CON: While the effect is strong at first, habitually using caffeine can blunt it. In fact, many coffee addicts may feel the need to drink coffee just to feel “normal” and stave off withdrawals. It’s possible to become caffeine-dependent, in which case, if you skip that morning latte say, “bye-bye, productivity” and “hello, headache.” On the other hand, if you overdo caffeine you may experience some unpleasant side effects like insomnia, restlessness and tremors. In short, caffeine can help with alertness in the short term, but it’s not an adequate substitution for sleep.

CON: While it’s tempting to conclude that caffeine helps with weight loss, there’s no sound evidence that it can do so in the long run. Be mindful of what’s added to your beverage. Creamy lattes and sugary ice teas pack a calorie-dense punch that’ll likely offset whatever metabolic boost caffeine purportedly gives you. Case in point: a 16-ounce caramel macchiato from a popular chain coffee shop near you contains 150 milligrams of caffeine but a whopping 33 grams of added sugar (that’s over 8 teaspoons of sugar!).

PRO: Low-to-moderate doses of caffeine (about 3–6 mg/kg) can help with athletic performance for both strength and endurance activities in athletes. Caffeine helps improve speed and endurance for cyclists, runners, swimmers and rowers.

CON: The science behind caffeine for enhanced exercise performance is done mostly with well-conditioned individuals. Sadly, these same effects are not observed in untrained (read: average Joe) individuals. However, if you’re sleepy, being able to stay awake for your workout is, er, helpful.

CON: The stats may seem impressive, but you have to keep in mind that the studies are looking at correlation not causation. Furthermore, many studies use coffee and tea as the caffeinated food under study. Keep in mind, caffeine is just one compound. Both coffee and tea contain numerous compounds with rich antioxidant activity that can help protect your cells against oxidative damage. Downing a can of energy drink with added caffeine will probably not lead to the same effects.

PRO: Having caffeine while pregnant is highly controversial, but experts don’t actually say that you can’t have caffeine at all. The key is to limit yourself. Experts at the World Health Organization (WHO) recommend capping intake to less than 300 milligrams of caffeine daily. To be even more conservative, the Mayo Clinic suggests capping intake at 200 milligrams per day.

CON: Research suggests that ingesting more than 300 milligrams of caffeine while pregnant increases the risk of having a smaller baby or spontaneous abortion. If you’re pregnant, be mindful of your caffeine intake, and skip our verdict (below). You should consult your healthcare provider instead.

Enjoying caffeine in moderation is a-okay. If you want a caffeinated pick-me-up, go for coffee, tea and occasionally hot chocolate. Teas with a good caffeine kick are black, green, Earl Grey, yerba mate and breakfast teas. Avoid sprinkling sugar, honey, agave and other sweeteners into your drink, so you can cut down on added sugar. Steer clear of highly caffeinated energy drinks and shots, and get some sleep instead — your body will thank you!

Do You Really Need a Protein Supplement?

Protein is found throughout the body — it makes up the structures of almost everything, from muscles to organs, skin, hair, bone and more. It’s no wonder that we can be... 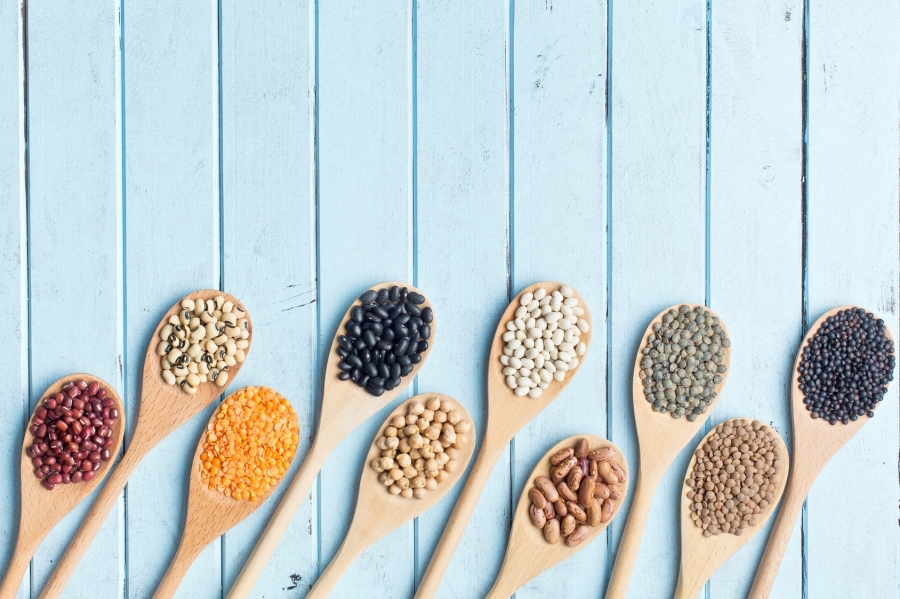 We typically think of protein as a nutrient that comes from animal meat. But you can easily get enough protein every day by following a plant-based diet. There are...