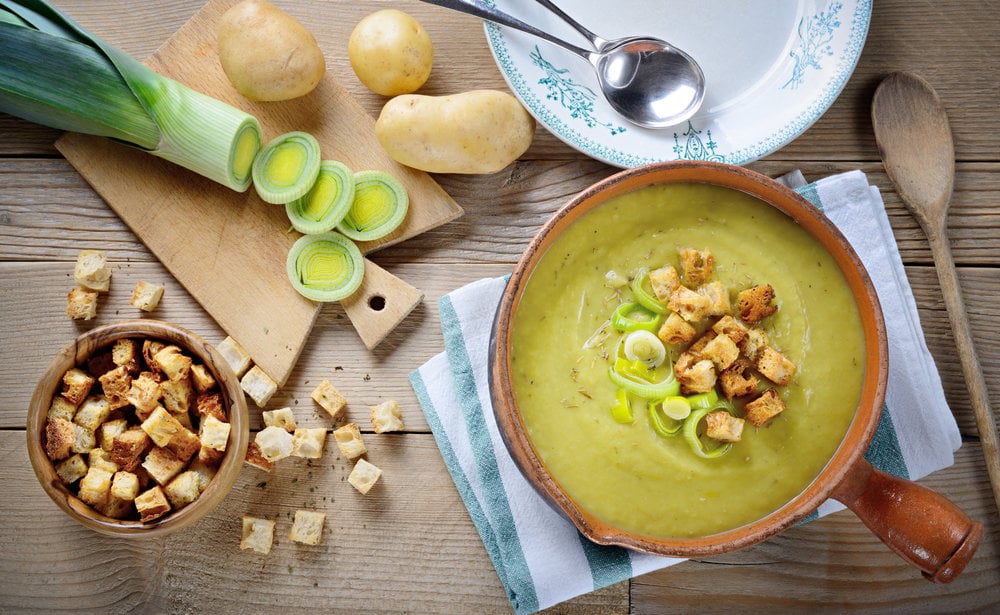 Keep your eye out for fresh leeks on your next the farmers market trip. A relative of onions, leeks offer a mild flavor, and they’re extremely versatile and nutrient-dense! On the west coast, leeks tend to be available year-round, but they’re sweetest in the spring and fall. They reach harvest season in late summer on the east coast. Since there’s so much regional variation when it comes to leek season, you’ll find them in both warm and cold-weather recipes. When you spot them in season, snap them up for a delicious, delicate flavor boost!

How to Choose, Prep and Store Leeks

When looking for leeks, choose ones with firm white stalks and crisp green leaves.  Avoid bruised, blemished and yellow stalks. Leeks can be large or small: smaller, skinnier leeks tend to be younger and have a milder flavor profile than larger leeks, which are more bold. The typical size of leeks is one foot long and one-to-two inches wide.

Store whole, dry, unwashed leeks in a plastic bag in your refrigerator to keep them from losing moisture. They should last for five to seven days.

Before cooking with your leeks, make sure to wash and rinse them thoroughly. Then, prep them by trimming off the roots and coarse green tops. Slice the remainder according to your recipe and then rinse one more time to remove any lingering dirt.

How to Cook Leeks

Aromatic leeks have a mild, sweet flavor compared to other onions, so they blend well with both strong and mild flavors. The white stalks are most often used in recipes, but you can save the rough tops for making stocks and sauces.

Leeks can be prepared and enjoyed in a variety of ways, both raw and cooked, but most often they are served tender in cooked form, usually poached, roasted or baked.  Leeks can be used in place of onions in most recipes if you’re looking for a more gentle flavor profile.

Leeks are wonderful additions to soups such as this warming Leek, Potato and Spinach Stew as well as this Creamy Kale and Potato Soup, adding a sweet onion note without overpowering the subtle flavors of greens and potatoes. Leeks are also fantastic for subtle pastas, such as this Leek and Lemon Linguine recipe. You can also experiment with sautéeing and braising leeks with other vegetables as a side dish, such as in this Seared Scallops with Brandied Leeks and Mushrooms dish, or this Turkey and Leek Shepherd’s Pie.

Leeks are a nutrition powerhouse! They are low in calories, virtually free of fats, a good source of dietary fiber and rich in a wide variety of key vitamins and minerals. Leeks are a good source of vitamin C, folate and iron and an excellent source of vitamin K, vitamin A and manganese.  Because they are part of the onion family, leeks also contain beneficial flavonoids such as quercetin and allyl sulfides, sulfur-containing compounds which are studied for their role in cancer prevention. 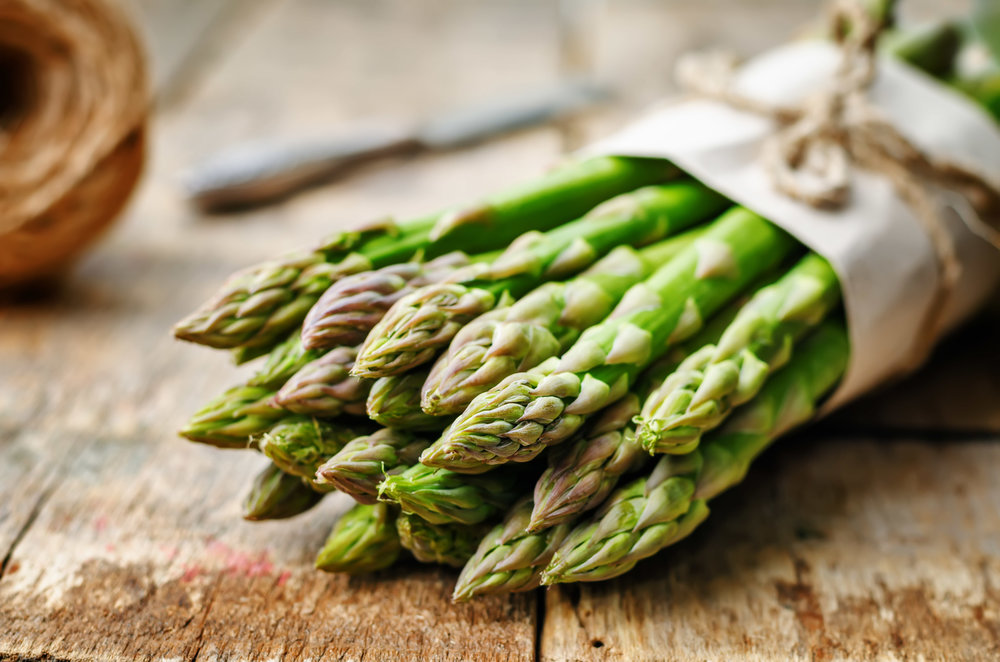 Spring is an exciting time to shop your local farmers market for a wide variety of seasonal fresh fruits and vegetables, especially asparagus. Although it’s available... 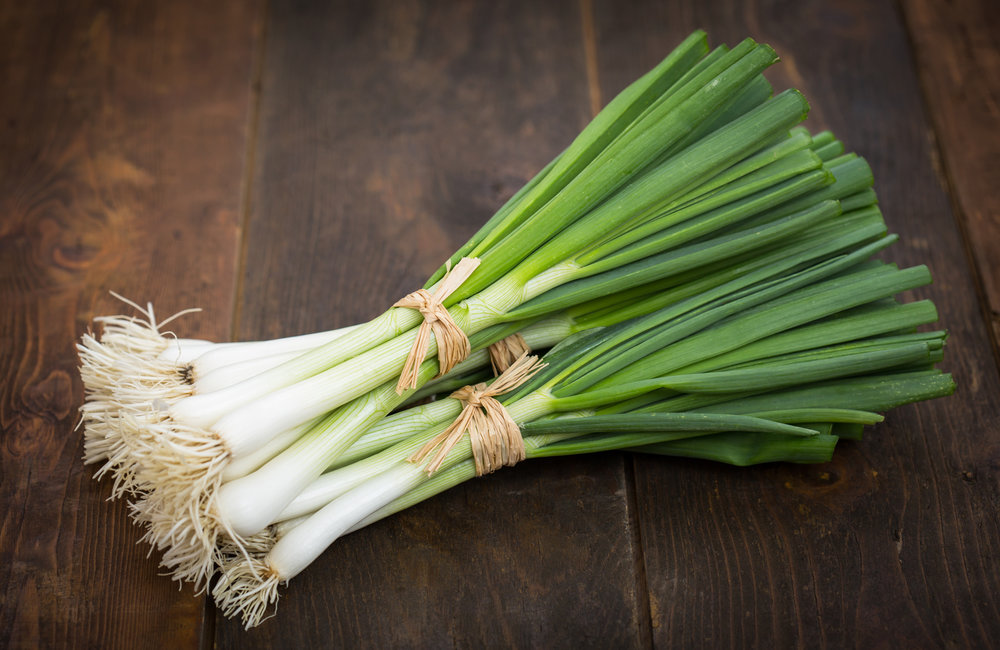 Spring and summer are wonderful times to shop your local farmers market for a wide variety of seasonal fresh fruits and vegetables, including flavorful scallions....