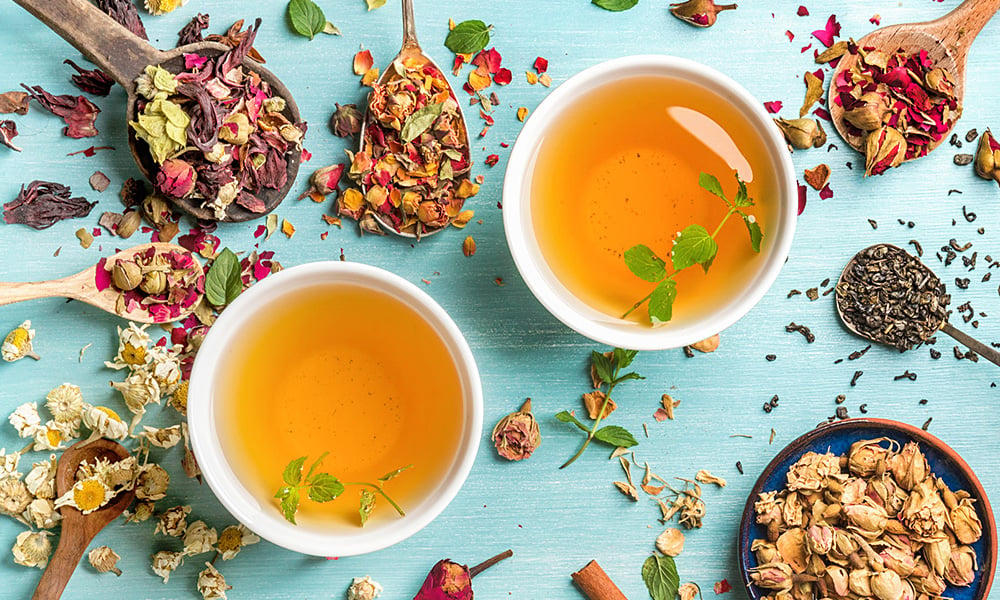 Tea has been cultivated since ancient times, and today it’s the second most consumed beverage, (water ranks number one). Tea originated in Southeast Asia, and has been enjoyed for over 5,000 years. As a “functional food,” tea has historically been used for a wide range of health benefits.  Today, tea’s effects are studied for ailments including cancer, diabetes, obesity, arthritis and immune suppression. For the full scoop on tea and its possible benefits, we’ve gathered the latest research.

Although the word “tea” is used to describe a wide range of products that add flavor to hot water, technically, the term refers to the Camellia sinensis plant, which is the main ingredient in black tea, green tea, oolong tea, pu-erh tea and white tea. Camellia sinensis leaves are processed differently for each type of tea. For example, green tea is made by steaming freshly-picked leaves, while black and oolong teas are made through fermentation of partially-dried tea leaves. The results of these different processing methods are distinct flavor profiles and nutritional characteristics.

The Benefits of Tea

Plain, unsweetened tea is very low in calories, it’s not a significant source of any major macronutrients, and it is naturally fat-free, sugar-free and gluten-free, making it a beverage that can fit with just about any dietary goals. Tea is unique in that it has both a soothing and stimulating effect due to its combined caffeine and theanine content. Caffeine is a stimulant, while theanine has been studied for its effects on inducing relaxation and mental alertness. Depending on the type, tea contains approximately half the caffeine of coffee — 25 to 48 milligrams per 8 ounces of tea compared to 95 to 165 milligrams per 8 ounces of coffee. Black and oolong teas tend to have the highest caffeine content.

Some of the strongest evidence for the protective effects of tea and tea flavonoids are in the area of cardiovascular health. Animal studies suggest that regular tea consumption can be protective against high blood pressure. Several studies have also described an inverse relationship between tea consumption, stroke and coronary heart disease. Researchers believe green and black tea reduce the risk of heart disease by lowering cholesterol and triglyceride levels, estimating that the rate of heart attack decreases by 11 percent with consumption of three cups of tea per day.

Several studies have suggested that catechins and theaflavins found in tea may reduce the risk of various types of cancers, including skin, prostate, lung and breast cancers. Oxidative damage may promote cancer, and there is increasing evidence that the polyphenolic compounds in tea may act as chemopreventive agents. Population studies suggest that cancer rates are lower in countries where people tend to consume tea regularly, such as Japan. However, there is no clear evidence of a causal relationship, and clinical trials are still in their early stages.

Tea has also been widely studied for its effects on carbohydrate metabolism and diabetes. In the U.S. Women’s Health Study, for example, women who drank four or more cups of tea per day had a 30 percent lower risk of developing Type 2 diabetes.

White tea has a very mild flavor profile. These teas are made by picking and drying very young tea leaves. The final product is uncured and unfermented. White tea contains 10-15 milligrams of caffeine in 8 fluid ounces.

Green tea is made by steaming fresh leaves without fermentation or oxidation of the tea leaves. This type of tea has been widely studied for its flavonoid content, particularly catechins such as EGCG, which is an antioxidant. Green tea contains 25-35 milligrams of caffeine in 8 fluid ounces.

Black tea is made by drying fresh leaves, then fully oxidizing them, which decreases total polyphenol content and increases caffeine content. Black tea contains 40-60 milligrams of caffeine in 8 fluid ounces.

Oolong tea is made by drying and then partially-oxidizing tea leaves, so its caffeine and polyphenol content is between that of green and black tea. Oolong tea contains 30-50 milligrams of caffeine in 8 fluid ounces.

Pu-erh Tea is a type of black tea made by drying, aging and fermenting the tea leaves. It contains 30-70 milligrams of caffeine in 8 fluid ounces.

Herbal teas are not technically teas at all since they don’t derive from the Camellia sinensis plant.  Instead, they’re a combination of herbs, fruits, seeds and roots in hot water. Herbal teas are soothing and typically caffeine-free, making them an excellent choice for caffeine-sensitive folks. Herbal teas come in a broad range of flavors, including hibiscus, rose hip, mint, rooibos, chamomile, ginger and jasmine.

The Bottom Line on Tea

Tea is an excellent addition to a healthy diet, and a wonderful way to stay hydrated (but remember to drink water, too!). Thousands of studies have been conducted researching the effects of tea consumption on human health, and there is increasing evidence that tea has a positive impact on preventing disease. So the bottom line is this: enjoy tea liberally as a hot or chilled beverage, and try to limit the amount of added sweetener, appreciating your tea’s unique flavor profile instead. 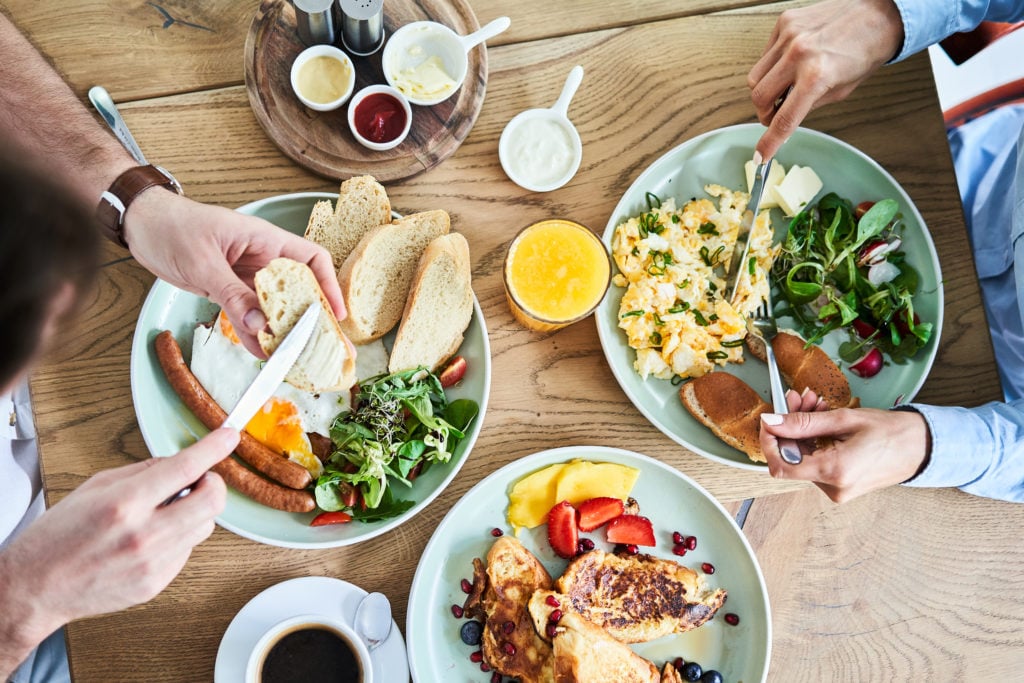 As a nation, we love heavy breakfast foods. From pancakes dripping with butter and maple syrup to fried bacon and eggs, typical all-American breakfasts are tasty,...

We have all heard the term “superfoods” but what exactly is a superfood and how does a food get categorized as “super”?