When it comes to quick meals, sandwiches – especially those made with deli meat — are a mainstay in the American diet. Nearly half of all adults in the U.S. consume at least one sandwich daily, with deli meat sandwiches being the most common. Though some types of deli meat are a good source of lean protein, they don’t tend to make the health-food lists like fresh chicken or fish often do.

Why? Well, unlike a freshly cooked chicken breast or a salmon filet, deli meat is processed meat, which means it has undergone processing or preparation that changes the appearance, texture or taste of the meat. This includes grinding, cooking, curing or the addition of an ingredient, like sodium. Deli meats undergo a combination of these changes which make them both safe (as far as bacteria is concerned) and ready-to-eat right out of the package.

While convenient and tasty, the processing does impact the nutritional quality of the meat. Let’s take a closer look at what goes into making deli meat and how it might affect your health if over-consumed.

Meat and poultry processors cure certain deli meats, including ham, bologna and mortadella, to prevent spoilage, inhibit the growth of dangerous bacteria and add flavor to meats. They do so by adding nitrates or nitrites.

By themselves, these additives aren’t much to worry about, but when nitrites combine with amines, a compound in meat, they create nitrosamines, which some studies have found to be carcinogenic. For this reason, The World Health Organization has classified processed meats as a Class 1 carcinogen, meaning there is sufficient evidence that they can promote the formation of cancer in humans.

Sodium nitrite is the most common additive, but many meat processors have started using celery extract instead. Celery extract, usually in the form of celery powder, is a natural source of nitrate which converts to nitrite in meat. So while the result is the same as using sodium nitrite, the natural ingredient appeals to consumers and allows meat processors to label meats made with celery extract as uncured. So the next time you’re at the grocery store, don’t assume that a package of ham that’s labeled uncured is healthier than the cured one next to it.

In addition to nitrites and nitrates, food processors also add sodium to deli meats to improve taste and extend shelf life. Look at the ingredient list and you’ll likely see at least a few different sources of added sodium including: salt, sodium phosphate, sodium nitrate/nitrite, monosodium glutamate (MSG) and sodium erythorbate. With all that added salt, it’s not surprising that the average two-ounce serving of sliced turkey contains around 700 milligrams of sodium, nearly one-third the daily recommended maximum of 2300 milligrams.

It’s well known that high-sodium diets come with certain health risks. Besides leading to high blood pressure, diets high in sodium can also increase your risk of stroke and heart disease over time.

Look at the ingredient list of your favorite deli meat and you’ll likely find a handful or more of other ingredients you may be surprised to see. Added sugar (in the form of fructose, dextrose, honey, etc.) is one. Some, like sodium phosphate, caramel color and natural flavors, appear on the Environmental Working Group’s Dirty Dozen Guide to Food Additives. This list includes ingredients that are associated with health concerns, and that may be banned or restricted in other countries.

Last but not least, some deli meats, particularly those made with a combination of different cuts of pork and beef (think bologna), are also high in saturated fats. Diets high in these kinds of fats put you at increased risk for weight gain, heart disease, Type 2 diabetes and even certain types of cancer.

Does all this mean that having a sandwich or two each week will cause cancer, give you heart disease or high blood pressure or lead you to have a stroke? It doesn’t, but there is convincing evidence showing a positive correlation between processed meat consumption and these health conditions, so it’s best to consider cutting back if deli meat is part of your daily diet. Though it can be a quick and convenient source of lean protein, remember that most deli meats are highly processed — even the ones labeled natural— and should be eaten in limited quantities like other processed foods.

So what’s the takeaway? Enjoy the occasional sandwich, but consider delicious deli meat alternatives, too. When you’re lunching at the cafe, check out salad options, veggie-based sandwiches and wraps, and veggie burgers. If you’re prepping lunch at home, swap in simple, tasty recipes like a chicken waldorf wrap, or a salmon salad sandwich for a healthy, satisfying meal.

Not sure what “one serving” really means? Here are a few ways to eyeball portion sizes that will help you get in the right amount of nutrients from your meals. 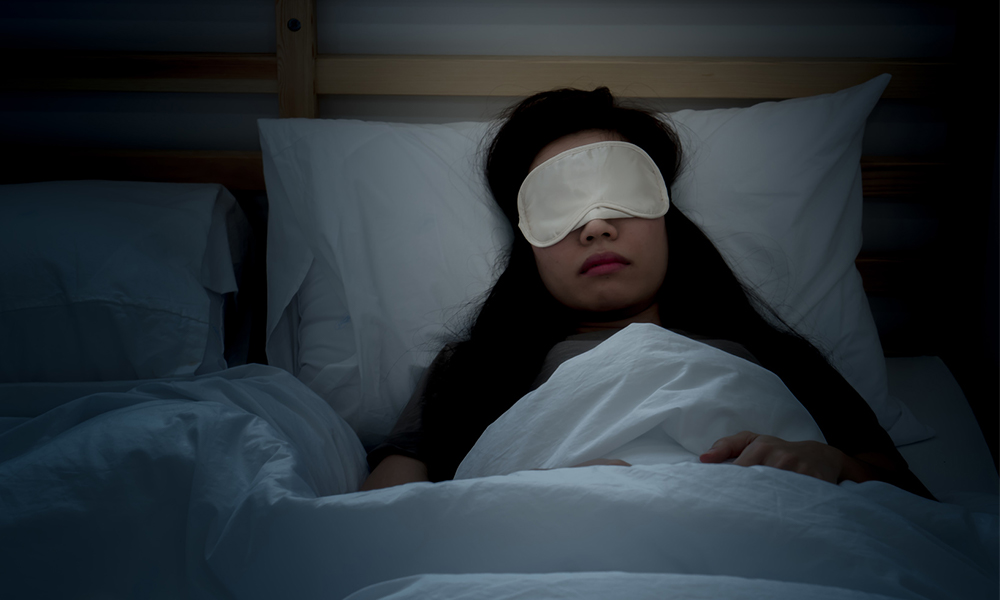 What to Eat for Better Sleep

Busy schedules and hectic lifestyles can mean that we shortchange ourselves on sleep. More than 30 percent of adult Americans report sleeping fewer than six hours per...