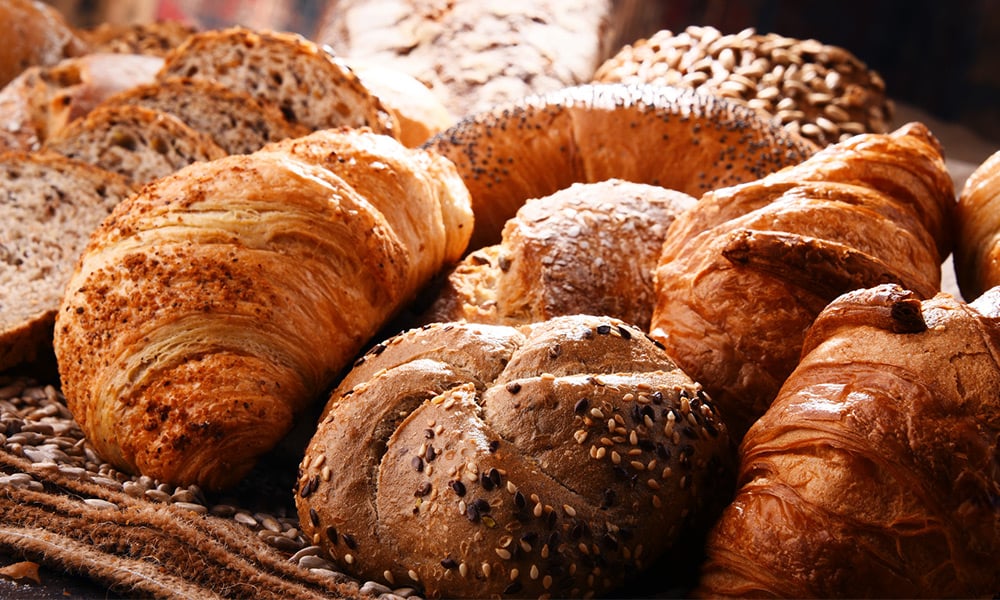 February, the month of love and chocolate, also happens to be National Heart Health Month. And what better way to celebrate than taking care of our hearts? Sodium is a great place to start.

Sodium is a mineral and electrolyte that performs many important jobs in our bodies, including maintenance of cardiovascular, nerve and muscle function. However, excess dietary sodium is directly linked to high blood pressure and heart disease, especially in salt-sensitive individuals.  The U.S. Dietary Guidelines recommend consuming no more than 2,300 milligrams of sodium per day, but most Americans consume closer to 3,400 milligrams — and the salt shaker isn’t the main culprit. In fact, sodium hides in a lot of foods we would never suspect. Here are five sources of sodium to keep your eye on.

Processed and packaged baked goods, such as bread, croissants, muffins and the like, may not taste salty, but they often contain sodium. A slice of commercial white or wheat bread can contain 100-350 milligrams of sodium per slice — that’s up to 700 milligrams of sodium if you use two slices for a sandwich! Add a few more ingredients to your sandwich and you can easily have a meal with half of your daily allowance of sodium.

To reduce sodium, opt for freshly-baked breads when possible, as they tend to have less sodium than their packaged counterparts. And pay attention to sodium on the nutrition facts labels when choosing packaged bread and baked goods.

A lot of us think of nuts and trail mix as healthy snacks, but they can secretly contain a significant amount of sodium. One three-ounce package of salted cashews (three servings) contains approximately 13 percent of your sodium limit for the day. Choose roasted nuts that explicitly state that they are salt-free.

(In addition to the health risks of sodium, saltiness can make us crave foods, so snacking on salt-free nuts decreases the likelihood of overindulging.)

Salads are a healthy and versatile favorite, but salad dressings can tip our sodium over the edge. A two-tablespoon serving of a typical store-bought salad dressing can contain between 250-400 milligrams of sodium, which is almost 20 percent of our daily limit. Stick to olive oil and vinegar when you’re out and about, and try to make your own dressing at home from scratch.

For a lower-sodium option, whisk up your own or try Annie’s “Light” dressings.

Frozen meals can be a balanced source of macronutrients, but they’re sometimes high in sodium. It’s recommended to consume less than 2,400 mg of sodium per day and less than 1,500 for those with hypertension. Some frozen meals can contain more than 1,500 milligrams of sodium per serving, but there are many brands that provide well-balanced options. Balance higher sodium choices with lower sodium choices on any given day. This can be lower sodium meals you cook and freeze or balanced selections from certain brands like Lean Cuisine.

Canned vegetables and beans seem like a easy and convenient way to get your servings of produce and lean protein. But canned foods tend to hide a lot of sodium. Half a cup of canned green beans has only 20 calories, but it packs 12 percent of your daily max for sodium, while half a cup of baked beans contains a whopping 31 percent of your daily max for sodium. Whenever possible, buy fresh or frozen vegetables, and cook your beans from scratch to avoid unnecessary excess sodium. When you’re using canned foods, chose those labeled “no salt added,” or drain and rinse them under water before adding them to your recipe. 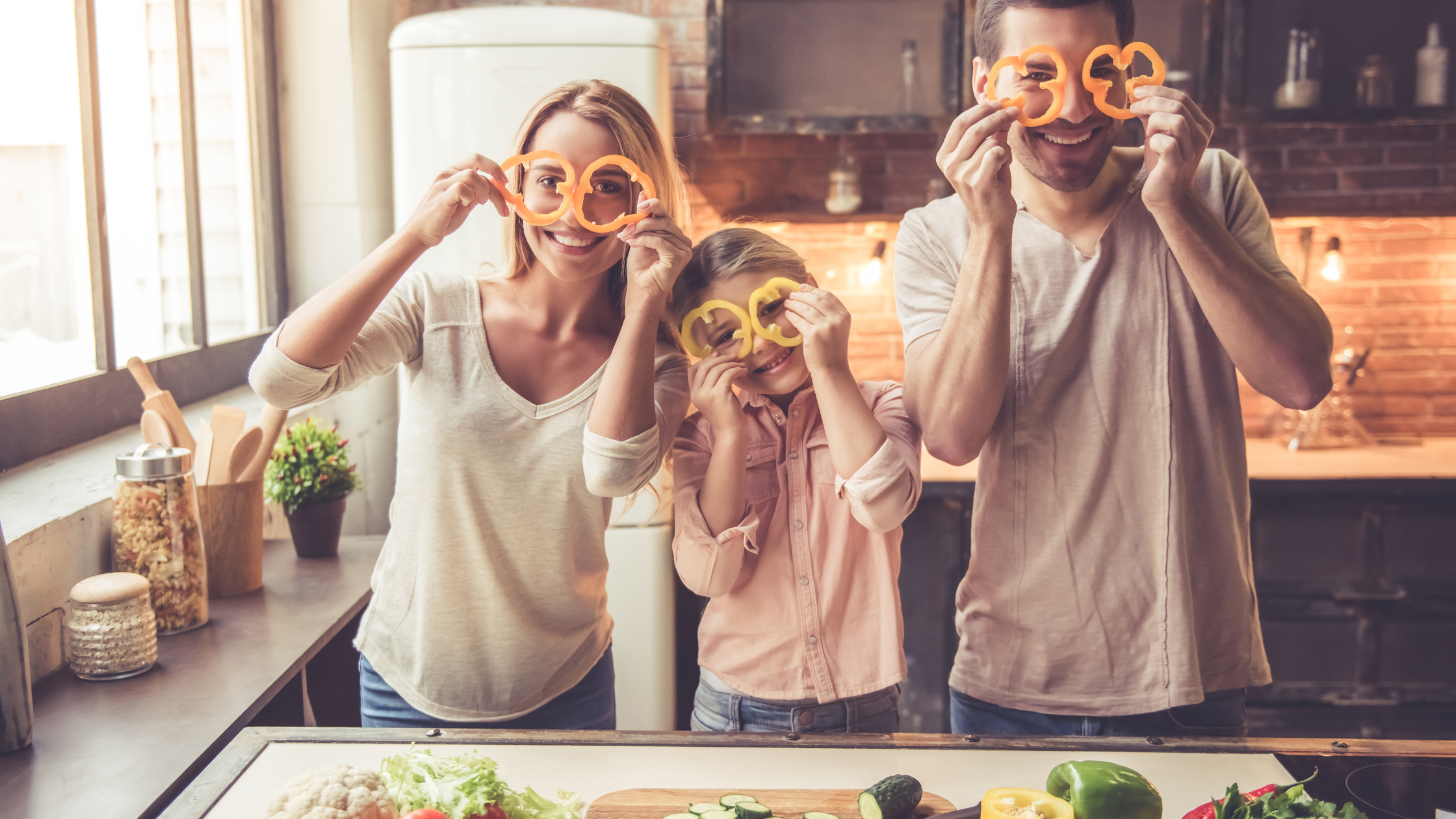 Looking to eat better by cooking at home? Start with these 15 healthy cooking tips to save time, cut calories and have more fun in the kitchen.

Easy Ways to Save Time... 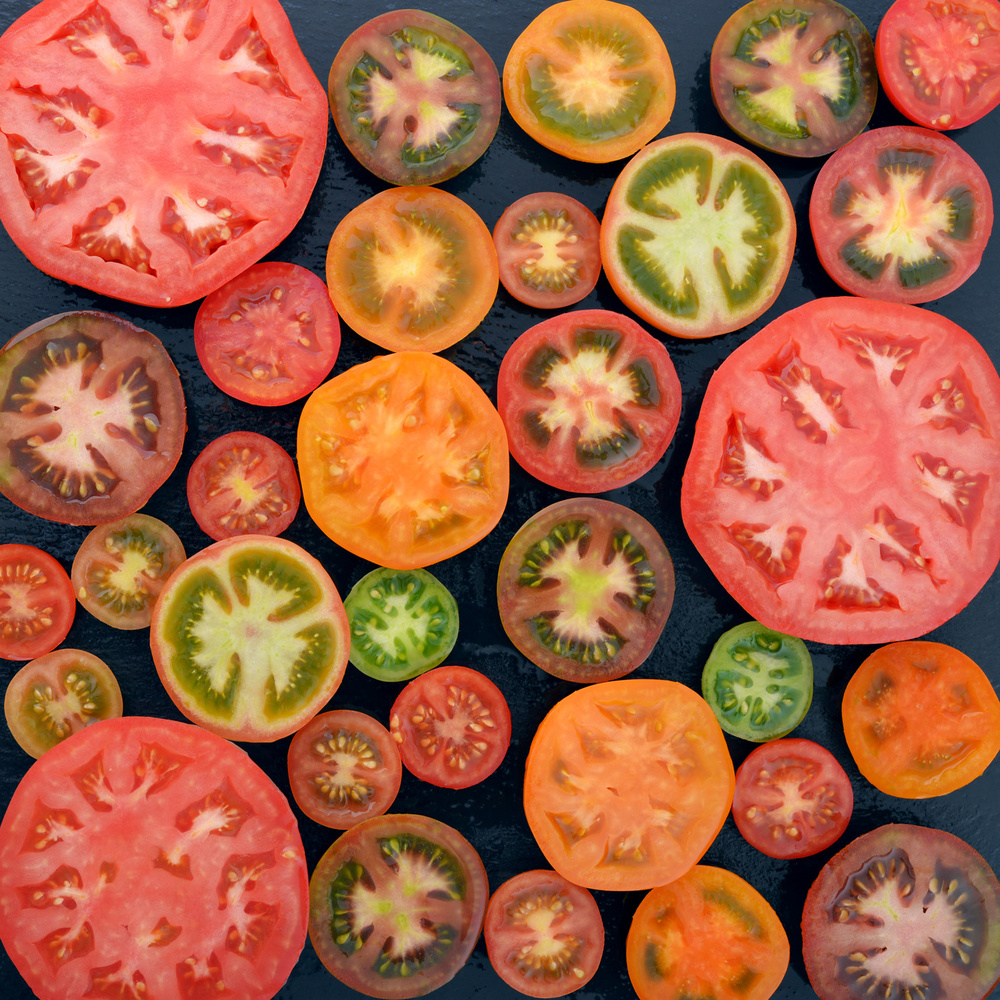 Get a savory kick at your next meal by cooking with umami-rich foods! We’ve rounded up five simple ingredients that can elevate home cooking.