Brazilian food is diverse with influences from Portuguese and African cuisines. Each region of Brazil has distinct culinary practices that take advantage of local foods. Northern Brazilian dishes feature local seafood and tropical fruits. Southern Brazil, where many of the cattle ranches are found, has more meat-based dishes.

Beans, rice and root vegetables like cassava and yams make up Brazi’s staple foods. Brazil’s soil favors tropical fruits like açaí, papaya and guava. Lunch is typically the biggest meal of the day. It’s followed by a mid-afternoon coffee, which is also one Brazil’s biggest exports. With the Rio Olympics wrapping up, bring a taste of Brazil into your kitchen with these hand-picked favorites.

This hearty black bean stew is widely considered to be Brazil’s national dish. Feijoada is traditionally made with beans and any combination of sausages, beef and pork trimmings. Most regions in Brazil make feijoada with black beans, but some regions use red or kidney beans instead. The stew is simmered for many hours over low heat to marry the flavors from the various cuts of meat. It’s typically served with steamed rice, greens and orange slices.

Try this lightened-up Feijoada made with turkey sausage and brown rice, and serve with a side of Brazilian-Style Collard Greens.

These crispy fritters are the perfect way to satisfy a fried-food craving. Acarajé is made from fiber-rich black eyed peas that have been peeled and blended with garlic and spices. Acarajé is commonly found in the Brazilian state of Bahia, where it’s often served as a street food. It gets its signature golden-brown color from being fried in red palm oil. Acarajé is often split open and stuffed with vatapá, a creamy shrimp and coconut curry, or caruru, an okra and onion-based condiment.

Here’s a basic recipe for Acarajé that can be served with the fillings of your choice, such as shrimp and salsa.

Moqueca is a rich seafood stew popular in the Brazilian states Espírito Santo and Bahia. Many different kinds of seafood can be used in the dish, including shrimp, white fish or crabs. The seafood is simmered with coconut milk, tomatoes, onions and garlic. Traditional moqueca is cooked in a capixaba, or a seasoned clay pot, to further enhance its flavors.

This Shrimp in Bahia Sauce recipe is a fusion of moqueca and bobo camarones, another popular seafood dish from Brazil’s Bahia state.

Pão de queijo translates to “cheese bread” in Portuguese. It’s one of the most popular snack foods in Brazil. Pão de queijo is traditionally made with cassava starch, which is sold in the US as tapioca flour. When pão de queijo originated, dairy foods weren’t widely available to many Brazilians. Pão de queijo was made as a plain starchy biscuit until the late 19th century, when cheese became more accessible.

Galinhada is a hearty one-pot chicken and rice dish. Chicken was brought to Brazil by the Portuguese, and became a staple protein in many Brazilian dishes. Brazil is now one of the world’s biggest producers and exporters of chicken. Bone-in chicken is preferably used in galinhada, as it provides flavor to the accompanying rice. Galinhada gets its signature yellow color from either saffron or turmeric.

This garlicky Galinhada recipe can be put on the table in less than 40 minutes. 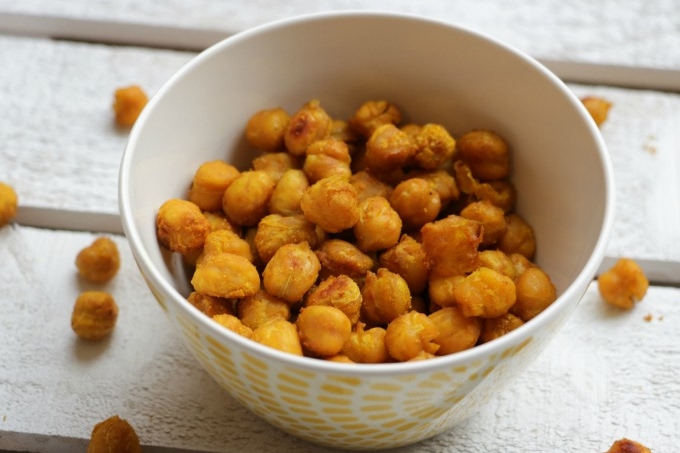 The world of eating three square meals per day is long gone: research suggests that nearly all of us have at least one snack daily, and more than half of us snack at... 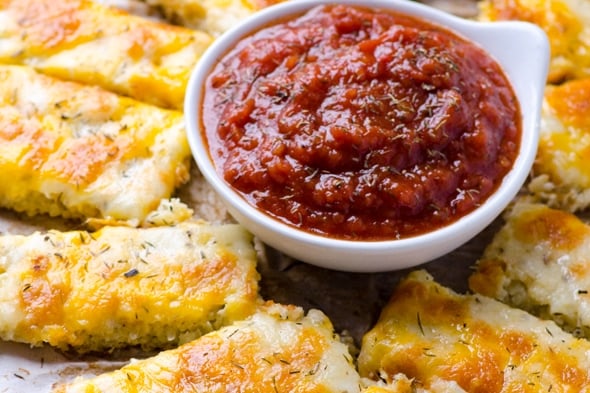 Cauliflower is having a major moment all over restaurant menus and cookbooks, and it’s no surprise why. First, cauliflower is a health powerhouse, rich in vitamins,...